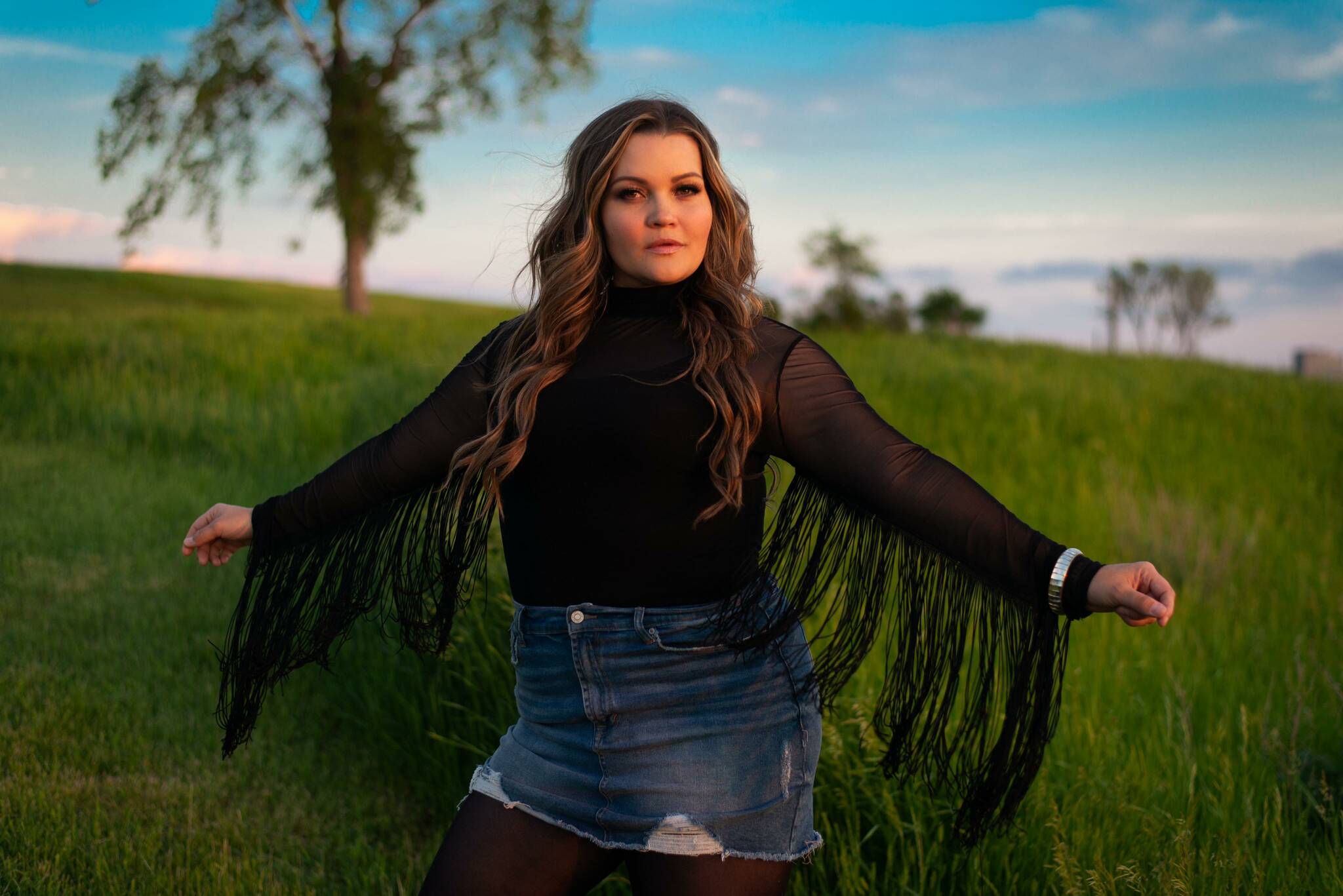 Four years ago, while sitting in the audience at the Manitoba Country Music Awards, Brandi Vezina made a promise to herself.

“I’m going to be singing on that stage,” recalls the Métis singer-songwriter from Stony Point, a small community north of Winnipeg.

She’s made good on that promise and then some. Vezina will be performing onstage this Saturday during the annual celebration of local country music at the Metropolitan Entertainment Centre. She’s also nominated in five different award categories, including Fan Choice, Female Artist of the Year and Album of the Year.

“It’s very humbling,” she says. “I’m most grateful to be recognized by the industry and that my fanbase is growing.”

Music has been a lifelong love, but, for a long time, turning that passion into a career felt like too big a risk. Instead, Vezina played it safe, going to university and getting a job in education. She had a pension and a steady income, but she wasn’t happy.

Vezina took the leap in 2019 and started working with producer Murray Pulver on her debut album — appropriately titled #Dontsettle.

It’s a credo to live by for the country artist with an outlaw bent. Most of her music is autobiographical, drawing inspiration from her career trajectory, past toxic relationships and journey to sobriety (she’s celebrating a decade sober this year).

“Sobriety has been like a superpower for me,” Vezina says. “I just really, really want to share the message that whatever a person wants in their life, they don’t have to settle… they just have to have the courage to go for it.”

This weekend, she’s looking forward to getting on stage and celebrating her musical accomplishments with her family in the audience.

Jason Kirkness is, likewise, excited for a night on the town with loved ones and industry peers.

“The missus got a really nice dress and I’m looking forward to seeing her in that and her new shoes,” says the country artist originally from Kleefield. “And, because we’re all so busy… it’s good to run into everybody who you only get to see once a year.”

Kirkness is nominated for awards in three categories: Male Artist of the Year, Single of the Year and Music Video of the Year. Being recognized locally for his 2022 single Anywhere the Night Goes, which has been charting in Canada and the United States, means a lot.

“Every song that I’ve ever recorded, I’ve believed in,” he says. “That being said… this one felt special from the very first minute.”

The song is about letting go, being reckless and living in the moment. Filming for the music video, which Kirkness directed, took an apparent cue from the carefree subject matter. The shoot started with a rough idea and the locations fell into place on the day of.

“When things are kind of effortless and clicking like that, you know they’re gonna be good,” he says. “It’s like the unfathomable kind of coming in for the assist.”


If you value coverage of Manitoba’s arts scene, help us do more.
Your contribution of $10, $25 or more will allow the Free Press to deepen our reporting on theatre, dance, music and galleries while also ensuring the broadest possible audience can access our arts journalism.